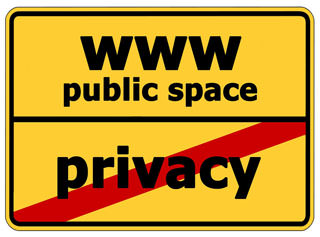 It’s been an entertaining couple of weeks really – plenty to read during lunch breaks. Hacker News front page has been almost 100% Verizon+PRISM and snooping related stories since the original news of the whistle blowing broke. Reasonable considering what the Guardian appears to have revealed, but insane considering the near complete destruction of individual privacy over the last 10+ years.

Now, don’t get me wrong at this point, I’d be disappointed to learn the UK govt were playing similar games (and I have little doubt they are, and also trying to share US sourced SIGINT).  In many respects I trust my own government less, after all they chose the week of the furore over the PRISM and NSA revelations to announce that doing exactly the same monitoring would be great idea.  Maybe modern governments are simply inherently untrustworthy, but for the purposes of this piece that’s all digression.

What matters is that up until this week, in the US, and much of the “free” world, privacy was the preserve of fools and those wearing tinfoil hats. Privacy is dead says Zuckerberg (except, surprisingly, his own); Facebook or Google make some further land-grab on our browsing/phoning/living habits purely for the data to be mined, and no one cares. Google Now can provide results for things you never even searched for, ever wonder HOW they’re capable of that? (Clue: data).  But now you discover the US govt has access to a tiny subset of this data and everyone is in headless chicken mode!

For pity’s sake, what do you think Verizon, Microsoft, Google, Facebook et al have been doing with that juicy meta-data for years – quietly ignoring it or redirecting it to /dev/null?

Or trying to find ways to mine, anonymise and monetise it? Selling it and building advertising platforms on it is after all core income for Google and Facebook.

So, if I am to understand this correctly, privacy is a fools paradise only needed by those up to no good when I’m talking of some aspect of the intertubes or a social network. Google+, LinkedIn, Facebook are in the main all as bad as each other in this regard, though Facebook usually edges into the lead, and has a much more cavalier attitude to it’s  / / sorry, loyal and valued users.

However, if it’s a government agency tasked with protecting the population from  non-Americans it’s a hideous breach of some inalienable right! There should be riots and revolutions, or at the very least outrage! Um. 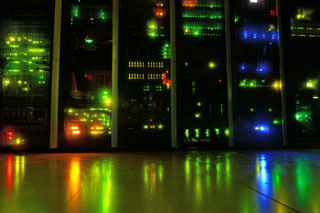 Before we go any further, you do realise that on a social network, you are the product?  The client is the advertiser.  You know those annoying things that are almost never relevant, as they are really not very good at mining all this data, especially as much of that data is inaccurate?  Do you ever lie about your age, location or history on the internet?  Yet the government expects to learn useful, incriminating and for some suspects life-changing facts from it.

It’s also rather disconcerting to learn how few limits there are on snooping on non-Americans compared to the (slight) controls and limitations on snooping on their own citizens.

But the government aren’t going to know any more than say your mobile phone network, or Facebook do with regard to your social connections and interactions with those. It’s apparently perfectly fine for Facebook and Google to know this, and remarket/retarget you to death with adverts based on your own social graph; it’s not fine for the government to know this to prevent (supposedly, but laughably; I’ll come back to this) you being blown to little bits. Errr…. hello? I guess the “free” market really does trump all in the US of A.

Last month if I were to join a conversation about privacy or surveillance, perhaps on one of the social networks, there’d inevitably someone throwing in the hideously wrong and tired cliche of “if you have nothing to hide, why worry”, like some perverse privacy variation of Godwin’s Law.

So, We’re Safer as a Result?

Don’t be daft!  It’s all mostly pointless anyway. Just like checking the footwear of hundreds of millions of people at airports has been entirely pointless. Terrorists are not (all) completely stupid. Chances are they will select a soft, but populous, target that hasn’t had security turned up to 11. We are in no way safer as a result. Not even slightly. Since 11 Sept, aircraft and airports are a silly target as they now tend to have a far higher than normal selection of police carrying sub-machine guns.  Similarly terrorists will often be those who have NO profile with the security services, unless they are one of the stupid ones.

Just like copy protection, it only inconveniences legitimate users, or in this case the entire “free” population of the country. In the case of security and terrorism, apparently forever.

But We Have to Protect from Terrorism Surely?

In my view of the world, mostly no.  Nothing that extends to restricting the lifestyle of the majority of law abiding people.

Ben Franklin had it entirely right back in 1775:  They who can give up essential liberty to obtain a little temporary safety, deserve neither liberty nor safety.

Are MI5 and the NSA monitoring baths across the globe? Are there red alerts on days when people seem to bathe more frequently?

What is the national bathing alert status? 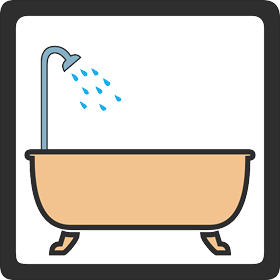 What of deaths from shootings or car accidents?

I submit, categorically and absolutely not, unless we mean the “right target for securing more funding and jobs for the agency”.

Just because 3,000 people die in one incident does not actually make it a likely event, or suddenly more dangerous than bathing.

Makes for dramatic and shocking TV mind, and a great rallying cause for more control of the populace. Terrorism, despite being rather frightening (and that is, after all, the point of terrorism), is a vanishingly unlikely event.

What the hell happened to probable cause/reasonable suspicion anyways?

So Just What is the Point? 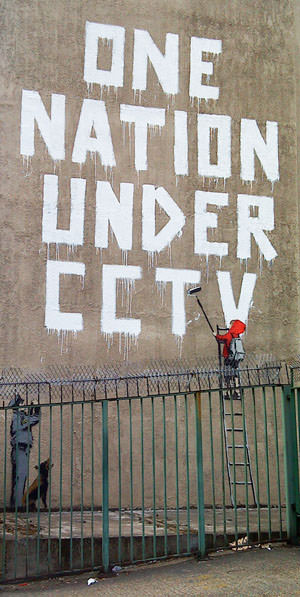 Does any of this surveillance, monitoring, ludicrous security at airports and the sense of paranoia carefully passed on to the populace help any?  Don’t be bloody stupid. It’s made many jobs, triggered many government contracts, and saved probably not a single life.  Still, no one ever suggested humans had to be consistent. Or logical. Oh. Aside from the government who have made countless stupid and pointless laws over the years to encourage this consistency.  Inconsistently. Hey ho.

But what the huge data gathering and mining projects reveal is the wish to be able to trawl back on anyone they wish to investigate.  We all mostly know the main and big laws – don’t kill, don’t steal, don’t exceed the speed limit etc.  Regardless of where you are there’s hundreds, possibly thousands of strange, antiquated and plain weird laws on the statute book.  There is something in your social media, email and phone records, if you go back far enough, that indicates you broke one of those esoteric laws.  Yes, you and me.  Every last one of us in fact.

nb: Many UK folks dislike and distrust their government too. Doesn’t make them terrorists though. Or justify investigation before actual suspicion of a crime.  Or gathering Petabytes of data to trawl through whenever they feel the need to punish someone.  Having something to hide is irrelevant.

I guess cynicism is a Brit thing?

As a closing aside: World Text do NO data mining of the data transmitted over our network, or the connections made, beyond that necessary to produce invoices.  We don’t ever intend to.  We don’t think it’s reasonable to.