A Brief History of Telecoms

A Very Brief History of Telecoms

We’ve been writing a description of how our VSIM hosting service works. To help understand it’s helpful to take a lightning speed, but somewhat technical, tour of the history of telecoms. I’ve conflated a few steps to smooth our journey a little!

We’ve come a long, long way since Alexander Graham Bell patented the first telephone in 1876. The earliest phones were sold in pairs as there was no infrastructure or exchanges – you could only call the phone at the other end of the wire you bought!

The earliest exchanges had operators on switchboards plugging in the right wires so you could speak to the right person.  They’d have to remove them again at the end of the call. Unsurprisingly very early in the history of telephones people were trying to automate this. 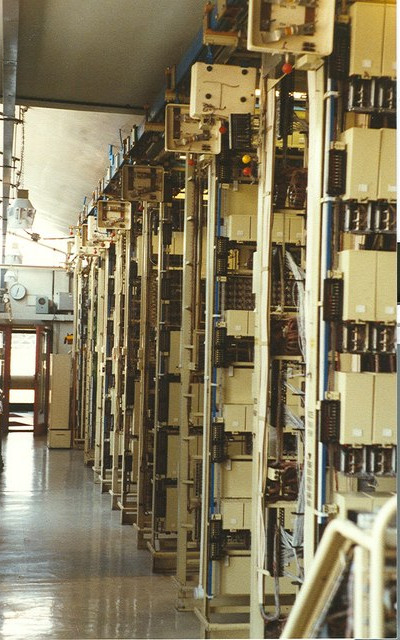 Strowger was an undertaker who was convinced that the local telephone exchange were favouring his main competitor, as one of the operators was the wife of a competitor. So he invented the automatic telephone exchange in 1888, and patented it in 1891.  Fully mechanical exchanges began to be rolled out in the early 1900s.

The old Strowger exchanges were fascinating things, and in regular use globally until the 1990s. Fascinating not least because Bletchley Park used a lot of telephone exchange kit in the war to create Colossus, used in decrypting Enigma.

Just as Strowger exchanges in the early 1900s were transformative compared to the earliest switchboards, which each had a switchboard operator, digital exchanges typically replaced a large room of exceptionally heavy equipment with a filing cabinet sized rack of electronics. Now that we’re in the realm of digital electronics many additional things become possible, and that’s what SS7 is about.

Back in the 70s the telecoms industry was converting from analogue exchanges to digital as analogue and mechanical systems had long reached its limit. Analogue switching and pulse dial phones (no one under 30 will have a clue what I’m talking about here) were slow, and being essentially mechanical, were limited in capacity.

The solution was the development of what became SS7. This permitted digital signalling and the intelligence in the network to provide advanced services such as caller ID, conference calling, call waiting, and voice mail etc. At this point we’re still entirely in the realm of voice and the PSTN – land lines.

In the early 80s the analogue mobile phone networks were just getting going and building out their networks. In the UK both Cellnet (now O2) and Vodafone launched to the public in January 1985. Both networks were analogue – with an appropriate radio receiver you could listen in on anyone’s calls! Work had already started (in 1981!) on what would later become GSM – the digital cellular standard.

Phase 1 of the GSM spec arrived in 1990, the world’s first GSM call on Jul 1, 1991 in Finland, and the world’s first text message was sent on 3rd December 1992 in the UK. 1992 was also the year the world’s first roaming agreement was made – between the UK and Finland. SMS Messages were being developed as part of the GSM specs. Interestingly the first mentions of SMS go back to 1982 and the early GSM discussions. The concept was further developed and specified using the telecoms signaling paths to send upto 128 byte messages. But it took another decade to send that first message!

No one at the time expected SMS to be anything other than a niche service. In 1995 customers sent an average of half an SMS a month! Many reasons – lack of understanding, lack of handsets capable, lack of operators either promoting or even having charging systems in place. It wasn’t until 1999 that you could send a message to another UK network.

Needless to say, SS7 has had to develop to take account of the new possibilities realised by all this new technology. For instance the Mobile Application Part (MAP) of the SS7 protocol included support for the transport of Short Messages through the Core Network from its inception.

SMS and GSM have successfully become the global standard however, with the USA being the exception as they still mainly use CDMA. It means many of the things the rest of the world takes for granted like swapping SIMs to a new handset, or even simultaneous voice and data aren’t always possible. It’s partly accident of timing – CDMA perhaps seemed the better bet at the time they were building out the network.  There’s a financial aspect too, the US CDMA operators are building out 4G rather than re-building their existing networks on a different spec.

SS7 is used within GSM networks to provide voice and text. Obviously there’s a whole lot of extra things going on in GSM with the requirement for the handset to talk to the nearest cell tower. There’s radio specs and all that is necessary to cope with the fact that a telephone number no longer stays in a fixed place! It might not even be in the same country, yet a call needs to connect to the handset in a timely manner. In practice that means very quickly as our expectations have been set by the almost instantaneous connections of national land line dialling.

GSM is now 3GPP – 3rd Generation Partnership Project to build on the GSM specs to widen the scope to cover rather more and is very much a global standard rather than the European origin of GSM. 4G is much more messy so I’m ignoring that completely!

Telephony and the Internet 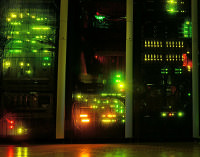 In these days of Internet everywhere and VOIP, SS7 has also grown to encompass interconnecting and working over IP with the introduction by the SIGTRAN working group of the IETF in 2000 of SCTP/IP. Any application that runs over TCP can be ported to run over SCTP. SCTP includes several changes from TCP to take account of the different nature of voice traffic compared to (mainly) data that goes over TCP.

Given that a phone number can be anywhere in the world there’s now a whole bunch of new things to take into account – which are all now within the SS7 standards: Finding the thing in the first place as it might be roaming on the other side of the globe, billing across networks, billing and therefore checking available credit in the case of PAYG phones.

So now it’s possible that your mobile phone call is coming from a VOIP call and travelling mainly over the Internet along with all that YouTube junk! For the most part you’ll never know or care.

It’s also interesting to note that ever since Alexander Graham Bell and that first telephone effort has been put into making the devices smaller and lighter.  Each decade that’s passed has brought some progress making the device smaller or lighter, along with an ability to do more. That is until the 2000’s when smartphones started arriving and sizes have been slowly increasing again.  They’ve been getting progressively less usable as actual phones ever since.

Oddly, as it turned out, the future wasn’t Orange. You can see from all of this that we’re increasingly separated from actual devices.  A telephone number no longer exclusively ties to a specific piece of wire with a single handset at the end of it.

We can now have a mobile number that never sees a handset – existing entirely virtually in the Internet, with the necessary connections to SS7 and the telecoms networks.  Unsurprisingly we call this a Virtual Mobile Number, and is now one of the most popular offerings of our service.

My next post will look at how the Virtual SIM service works.

A rather less technical post on the history of telecoms that goes into more detail than I’ve space for can be found here http://www.buzzinbees.com/about-us/tutorial