Roaming in the SMS jungle

I enjoy going on holiday, and why wouldn’t I? Sunshine (hopefully), relaxing and many a book read – so different from a normal working week.

Like many others, I can’t quite bring myself to turn of my mobile phone and bury my head in the sand for those precious two weeks, and to be honest the demands of work never quite leave… although this can end in somewhat fraught tensions between myself and my wife! I admit it, I feel like one of my arms is missing if I’m not able to at least reach my iPhone from where I’m sat. 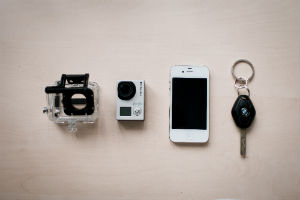 I like most others probably don’t give a second thought to your mobile phone when abroad, (other than turning off data roaming!) other than checking it’s successfully roamed on to whatever the local network is that it’s chosen – all steam ahead yes?

Possibly not, all may not be as peachy as you might first think.

First of all, as far as I’m aware there is not a single mobile network out there which will guarantee that when you are roaming outside of their network, that your services will actually work. Yes they should do, and in most cases you’ll probably not notice any difference from being at home (other than , hugely increased call, messaging and data costs of course), although there are ‘roaming agreements’ in place between the networks, there is no SLA (Service Level Agreement) – this means that if the network you are roaming on is patchy, slow or just generally does not work as you’d expect… tough, you’re on your own.

So you’ve arrived, your phone has finally found a network that it seems happy staying on after what seems like an age, and playing roulette between the available networks(that’s another story though, I’ll not go in to ‘ network steering’ this time!). All connected, yes? Maybe not.

While you are at home you can send and receive SMS from all the other people you know who are on other home mobile networks, mostly anyway ;-), so you’ll be able to receive from those same people while you are roaming presumably?

This is where the way mobile networks actually operate and play nicely (or not so nicely) together comes in to play. I’ll try to explain what happens with inbound and outbound SMS while roaming and keep it simple, here goes;

An interconnection and roaming agreement exists between Network A and Network B, allowing you to send and receive calls, SMS and use data. You try and send or receive a text message to your friend on Network C, however there is no interconnection agreement – what happens?

Well your message might work or it might not – as there is no interconnection agreement, there is no agreed link between the two mobile networks, while it might work there is also the possibility that as it’s not an agreed connection the receiving network could actually just block the communications! 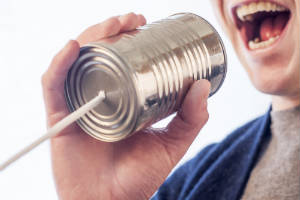 Chances are in most developed countries you’ll not notice or have any difficulty, and to be fair the state of this is ever improving, but in short – don’t be reliant on your mobile phone, have a plan B if communication is essential as nothing is a certainty when roaming with your mobile phone.

I’ll be taking my long wave radio, smoke signal kit and will enrole on a morse code course… honest.