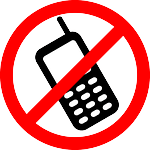 It’s estimated that the equipment was being used to send somewhere between 350,000 and a million messages.

Sad to say, then, that it will be but a drop in the bucket!

Computer equipment and paperwork were seized, and a residential address was also searched. The investigation is ongoing.

“What we’ve seized today backs the intelligence we had that hundreds of thousands of nuisance messages were coming from this address. The rules on sending messages are clear, and if the evidence proves the law has been broken, we will issue a sizeable fine against those responsible.” 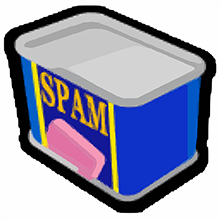 Apparently the raid was triggered by use of forwarding to 7726 – the UK wide spam reporting number – if you get a junk text, forward it there!

I suspect this means that they received a LOT of reports, as they need a certain level of complaints before anything happens.

It would be nice if the networks pushed this feature a little wider – general knowledge of the SPAM report number doesn’t seem that great. If every bill or SIM card pack had it prominently shown, then perhaps a real dent could be made in the endless scam and PPI texts.

Better yet would be for the networks to treat a report as an individual block. Report a number for spam and your own number never gets a text from them again. It’s all very well having the legal requirement for SMS to have an opt-out and honour STOP requests, but if you’re breaking the law with your SIM farm, using grey routes on a PAYG SIM, then it’s vanishingly unlikely you’ll honour a STOP request!

The end user has no way of tracing where the texts are coming from, or via which aggregator, so getting off the list isn’t always easy. 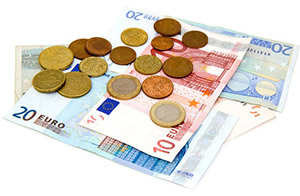 This raid follows an announcement by the ICO last Tuesday (20th May) that a Yorkshire direct marketing firm and a Devon PPI claims company were told they face fines totalling £140,000 for breaching electronic marketing rules. The companies were linked to thousands of nuisance marketing calls and prompted over 1,200 reports to the ICO and the Telephone Preference Service.

I have to wonder whether fines of that level are remotely adequate – with the level of profit involved in PPI claims it wouldn’t surprise me in the least if the company just sees the fine as a marketing cost.

All of us at World Text would like to see better responses and more action – we hate spam and do our utmost to never be part of the problem!

So How Should it be Done? 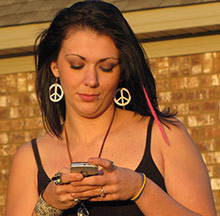 Simple!  Take an SMS virtual number, or short code (depending on your budget), and then you can honour STOP requests and process a whole range of keywords.  You can direct requests to the right info list, or department, take enquiries on specific products or services etc.

It should be marketing step 1, but not removing people from your lists isn’t going to get you more sales.  What it might get you (aside from the possible raid and fine as mentioned above), is some very irate people.  These people will be glad to mention your company and marketing, albeit for all the wrong reasons!

Even if you’re a micro business that doesn’t have time for all that new fangled social networking, you can appear delightfully accessible with a simple range of keywords on your marketing text number.  It can come in directly to your email and you can reply from there.  Soon you might grow enough that you do have time for all that social stuff!

Isn’t that better than spamming them ’til they bleed, or you get raided?