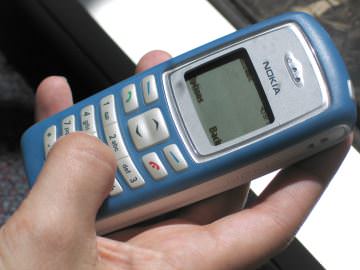 Nokia over the course of 150 years grew from small paper making beginnings to the leading producer of mobile phone hardware, and an ear-worm ringtone that millions are still to this day, trying to get out of their heads.  Today they gave up.  Game over.

Two companies with an evolution of products which has expanded throughout the years, Microsoft and Nokia began a partnership several years ago intended to mark the reinvention of Nokia (or perhaps soften them up for a takeover). Yet earlier this morning Microsoft acquired Nokia’s devices and services businesses for €3.79 billion (plus €1.65 billion for patents) and bought a great deal of produce from Nokia’s development.

Microsoft have a long and glorious history of buying fine and successful products and businesses and destroying them.  As a continuation of embrace, extend, extinguish I guess this is the ultimate example. Everything that emerged from the Nokia phone division has now been taken over by the corporation and now have nothing to show for it, give it a few months and the name ‘Nokia’ will be history.  Nokia retain the name, but to all intents and purposes they’re known for nothing other than their now sold mobile phone division.

Nokia’s industrial design, distribution, and supply chain has gone completely and utterly down the drain, purely due to the fact their devices were 100% backing the Windows mobile platform.  So they lack a way into the ‘smartphone’ world, unable to supply enough apps and other features found on all high-selling mobile products for anyone to care.

Great hardware, great cameras, but on a good platform that no one is porting apps to, was pretty much guaranteed to result in no more Nokia.

To be perfectly honest, generations are growing quicker than Nokia could, and therefore are becoming pretty worthless to their target audience. Especially for me and others surrounding my age range, I can safely say aren’t looking at phones just to make calls any more, our expectations have grew massively over a period of years and with the latest features available on phones, Nokia just can’t satisfy customers any longer.

Nokia didn’t have much of a choice, or else they would lead to becoming bankrupt and they have thrown it all away. I guess it’s kind of sad to see our beloved old-school snake game vanish, but let’s be honest, there’s an app for that!

So we can look forward to a future consisting of the Microsoft Lumia, made to a lower price and losing the premium hardware that once was the mark of Nokia.  So long, farewell.