National Security and a Webcam…

You Couldn’t Make it Up

It’s starting to sound like something from Monty Python. No one expects the  GCHQ. Our chief weapon is surprise, and snooping. Our two chief weapons are surprise, snooping and building a database of the whole population, etc. All we need now is the “and near fanatical devotion to the Pope!” line. Trouble is, it’s not funny. It’s become a little bit sickening actually.

Turns out that GCHQ with the assistance of the NSA have been intercepting and storing webcam images in bulk – some 1.8m users being “targeted” in a six month period in 2008, and the programme is ongoing. (Targeted? This is more akin to area carpet bombing than any sort of sniper like targeting of someone under suspicion of some wrongdoing). No one will be surprised to learn that a significant proportion of this was sexually explicit. This is for Yahoo users only – there’s no mention of any other services – but I have no doubt there will be equivalent programmes to attempt similar access via Google Hangouts, MSN, Skype and so forth.

The Guardian have the full details on the project codenamed Optic Nerve. It’s by far the grubbiest revelation yet.

Time was if you believed the spy agencies were snooping on webcams you would be firmly in the company of the more extreme “tinfoil hat” wearers and the paranoid. Turns out that the paranoid weren’t quite paranoid or imaginative enough, and the rest of us are starting to look a little embarrassed and foolish.

After all, we’re a free country (a claim that’s ringing increasingly hollow), and such all-pervasive snooping would be the preserve of the Stasi and other tinpot dictatorships. More fool us for believing that.

So, via their wholesale, untargeted collection of stills from these webcams every five minutes they will have built a huge database of faces and other parts. So GCHQ probably have naked photos of 2%? 5%? I have no idea, of the UK adult population. Probably a good proportion of under-age folks too – teens often do silly things as they’re discovering their sexuality. Teens might also be able to add five years to their age so they pass the feeble over 18 check.

Collect it all! We’ll find something to make them guilty of later!

I notice the “if you have nothing to hide” brigade have gone very silent indeed of late. Hardly surprising really.

What’s the rationale here? Establish a database for ridicule or blackmail them? A national identity database of naughty bits? Far as I know nudist suicide bombers are vanishingly rare. “.  It’s beyond ludicrous. Monty Python or Spitting Image would have a bloody field day. Where is all the hard-hitting political satire these days? Apparently, like the parrot, it has ceased to be.

Talking of CCTV, I’m sure that many people would have far less issue with sampling images from those, as people are at least out in public and expecting to be observed. Though perhaps not being fed into the database of everything.

We’re told, via the document released, that they were only collecting images every five minutes to comply with human rights legislation, and to avoid overloading their servers. So it’s quite a lot then – they have a ridiculous amount of servers. They’re then trying to use those images to build a massive mugshot book and for face recognition. What’s wrong with using Police mugshot books and suchlike? Oh! Of course, those don’t include the innocent.

This, remember, is the national spy agency who we are repeatedly told has the nation’s best interests at heart and is performing an essential service. It’s getting decidedly grubby and abhorrent. What’s next?

Equal Under the Law 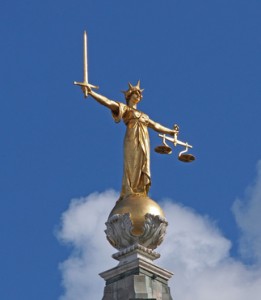 There’s a long held common law principle in the UK that every citizen, upto and including the sovereign is subject to the same law. (This has been rather weakened with various statutes and European legislation as statute law overrides common law). Nonetheless, the principle holds.

If an average citizen were snooping on his neighbours (presumably in a dirty raincoat, with a pair of binoculars) not only would the gutter press go overboard with stories of the pervert, they would likely deeply offend the neighbours and not exactly be winning friends and influencing people.

Even if some GCHQ analyst is searching this massive database they are also shown images of people with similar usernames to surveillance targets. Now then, for any of the huge services (gmail, yahoo, msn, etc) it’s mostly impossible to choose a personal nickname, for nigh on everything you can think of is already taken, and has been for a decade.

So the system will suggest alternatives, and after 40 minutes of trying to be unique and creative you’ll discover you’re neither, give in and accept the suggestion of “thecat82526”. Bad luck if Mr Bin Laden had a Yahoo id of thecat82525 for now every time an analyst searches their super mug book your face will pop up too. Well, by their reasoning, you are nearly a terrorist. If you’ve been webcamming with your significant other, well bad luck twice as it may be your naughty bits rather than your face.

It’s absolutely bloody laughable, if it weren’t so depressing. Equal under the law? Clearly not.

This isn’t security, this is perverse and has an overall air of being dirty, firmly in the same territory as perverts and flashers. Because terrorism. Bull****.

So now we learn we’re a free country that comes at the cost of the complete abolition of individual privacy. Because terrorism.

Lest we forget, you are more likely to die in a lightning strike or drown in the bath than be the victim of a terrorist act. Is it a fair price to pay then for this vanishingly unlikely event? Absolutely not.

We’ve rapidly reached a point where we’re not preserving our freedom. Our freedom and privacy is absolutely and irrevocably being destroyed piece by piece. Where is the freedom of 24/7 surveillance?

Someone is watching you every chance they possibly can.

We also learn last week that No 10 aide Patrick Rock was “accused of an offence related to child abuse images hours before his arrest”. Now this may well be true, but given the complete lack of morals shown by our government I find myself wondering who did he upset, and who put them there. Of course he’s not been prosecuted, or convicted so it could turn out to be a false accusation, or he’s genuinely guilty of something…

It becomes incredibly easy to incriminate anyone by planting a little incriminating evidence. If his laptop wasn’t full of incriminating emails, it soon will be. Justly or otherwise.

Do I believe such activities would take place in the UK? Six months ago I would have said no, absolutely not, but now I honestly don’t know any more. It’s certainly not the country I was once proud of. It’s a country I am now deeply embarrased of. Because terrorism.

We Can Trust the Watchers

Or can we? Just last week, regarding the Stephen Lawrence case, we hear the Metropolitan Police branded institutionally corrupt, along with some deeply disturbing revelations on the integrity of UK policing. One of the people named in this scandal has now become the head of the Metropolitan Police’s counter terrorism unit.  Within 24 hours of that story breaking, he was removed from the post.

The Brits and Spying 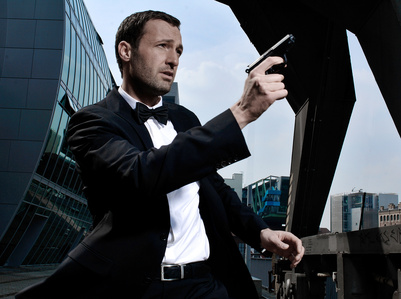 The British have always had a fairly positive view of espionage – between John le Carre, 007 and the folk tale of how Bletchley Park won us the war it’s all made for a jolly good tale.

What’s acceptable in fiction or wartime is very different to the wholesale abuse of power in peacetime. I’ve no doubt most of us expected communications to places like Russia or Pakistan to be monitored, and we’d fully expect our acronym happy agencies to be monitoring overseas military, actual suspected terrorists and agitators etc. Would we expect wholesale monitoring of everything, including our “allies” in NATO and the EU? Wholesale monitoring of our own population encompassing their texts, pizza orders and private webcam chats?

It really is about time we woke up and reconsidered our overly rosy view of how these skills have developed and are used. We never expected it to be turned on us.

The Law of Unintended Consequences 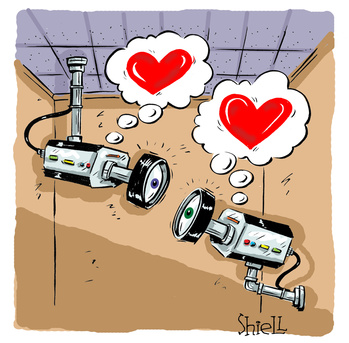 Of the people I know, many couldn’t have cared less about internet privacy and Google databases 12 months ago. Got a Tesco clubcard? Of course they are data mining you to death. Got a Google account? Of course they know more about me than I do, who cares? Now even some of my most previously unconcerned friends are talking of VPNs, TOR, secure chat, encryption and rejecting Google, Apple and Facebook services.

A couple of those who once ridiculed me for being concerned by the extent of Google’s data mining are now far more locked down than me!  I was only ever concerned with the extent of the commercial assumptions being made by Google becoming so all-pervasive in web services.  I never conceived the idea that they were actually only a minor player in this data mining, snooping game, and then mostly to show me adverts I always ignore anyway.

An awful lot of IT techies are now developing an interest in privacy and encryption – and some will, in due course, be getting involved in projects to make secure encryption and privacy easier. It will take some time, but I expect many products and services to be kickstarted into life on the back of security over the coming years.

What will be lost when this happens? Quite possibly the ability of the spooks to snoop on actual suspected criminals and terrorists as half the world will be using highly secure comms channels.

That would be throwing the baby out with the bathwater, but they do seem to want to bring this upon themselves.