Capitalism, Freebies and the Entitlement Generation

Ovivo is no More

Ovivo has shuffled off this mortal coil, absolutely no surprises there – the pricing model was pretty weak. They weren’t even directly connecting to Vodafone – they were going through an aggregator – someone else taking a percentage. Few have made ad supported work, but we have been here so many, many times before. For a while in the first Dot Com boom it seemed like everything was going to be paid for by online adverts, except virtually no one aside from Google managed it.

Where’s the attraction to advertisers? Pay to advertise to a self-selected 50,000 skint or tight fisted folks who want something for nothing? Yeah, that’ll work, it’s the perfect target demographic!

Anyway, I assume Ovivo were warning everyone of this since inception with their cute pink, but dead, rhinoceros logo.

So what did Ovivo bring to the party that Samba, Blyk and countless others couldn’t? Nothing.

There’s a further problem with the ad supported model – almost everyone who’s tried it starts skirting dangerously close to click fraud – click the ad and get 10 more minutes or MB of internet. So no one is clicking the ad because of what’s advertised, but simply to make it go away and give them a bit more internet or phone etc.

If you don’t enforce it you don’t get enough clicks to survive, if you explicitly trade a certain time/data for ad clicks you’re now breaching the terms of most ad networks. After all, what advertiser wants to pay for clicks from people who are mostly not interested in your product, but are only clicking so they can surf Facebook or send a text?

So for the consumer, the only attraction of such a service should be for a disposable, temporary way of getting free service. For a while. You might get six months or a year of free before it (inevitably) closes, you might only get three weeks.

If, like so many in this recession, you’re very strapped for cash it could be a great way to avoid a disconnected phone and keep contact. To expect it to be as stable as the O2s and Vodaphones is naive at best. 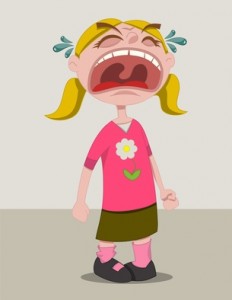 Surprising it may be, but so many still expect something quality is possible for nothing. The internet now has the fake outrage over Ovivo’s closure on Twitter, Facebook and in the comment section of most news stories on the topic.

Today I heard on the radio there is now a petition demanding the government “fully investigate the circumstances of the closure and do everything in their power to ensure that OVIVO customers receive refunds”. Presumably they expect that if the company turns out to be insolvent that our taxes will refund them their 20 quid non-refundable sign-on fee. Really? Expect a government enquiry for a defunct free service?

No one refunded my £50 deposit when a double glazing firm closed 2 weeks after I placed an order, nor would I expect them to. That’s capitalism. If it was a bank with my life savings, well there are regulations already in place.

There are already laws in place to prevent companies trading whilst insolvent. These things usually come as a surprise as it’s incredibly suicidal to advertise that you’re on the brink – doing so pretty much guarantees that all your existing customers will be seeking to get refunds and get out fast.

Usually the staff don’t even know insolvency and closure is coming. In the specific case of Ovivo who knows, but they do seem to have been in dispute with their sole supplier, who eventually turned them off.

So, as ever, caveat emptor (buyer beware). Though is there actually an emptor with a completely free service?

Doesn’t seem to stop the entitlement generation being so, well, whiny and entitled. How dare they? The government must DO something (where something is giving them back all their money).

If perchance you want to sign the petition, you can find it here. Though it won’t be achieving anything aside from providing a little entertainment value!

What next for the Ovivo Customer?

Find another free mobile service, who will likely disappear in some indeterminate time. Expect it, and plan accordingly.
Find a service that suits your needs better, but must be paid for.

Of course if you have a particular need to send texts from your now defunct number, or need two-way texting, World Text can help. We can send with any source address – you’ll need to contact us to set the number as it’s not an active number, or we can provide a virtual mobile number for two way.

We don’t expect many ex-Ovivo customers though as we actually charge for the service we provide. That’s why we’ve been in business over a decade, and expect to remain so for many years to come. Unfortunately to achieve this we have to charge you a little money for what you use!

We have an excellent reputation for support, unfortunately this has to be paid for!